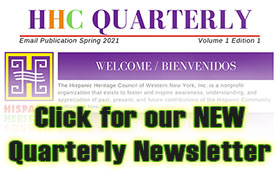 Many thanks to our community and the Buffalo and Erie County Library in the collection of historical data and artifacts, current events, and plans for the future. 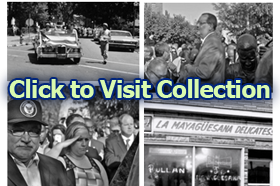 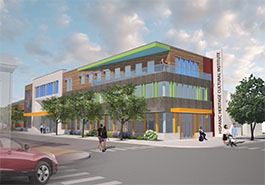 We have collected several website links related to the COVID-19 Vaccine: Educational Resources and materials, a General information PDF, info on the NYS Phased Distribution and Schedule, a PDF Checklist for Vaccination Facilities, the NYS 'Am I Eligibile? Tool,' and lists of State-Run Vaccine locations, plus, locally, Erie County's Vaccine Updates, and the New York State Vaccine Updates web page. 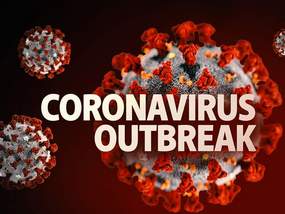 You can also view their facebook page, or the Visit Buffalo Niagara events page. 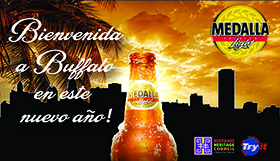 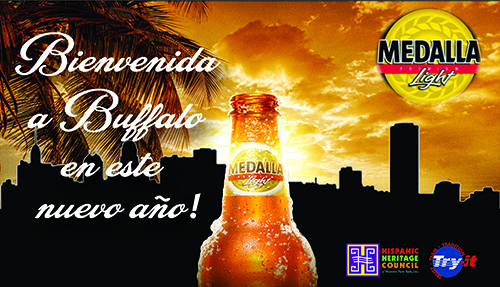 In a special announcement and in support of their continued quality and customer service to the Western New York Hispanic Community, TRY-IT DISTRIBUTING & the Hispanic Heritage Council of Western New York Inc. would like to finally welcome the #1 Beer from Puerto Rico (Medella Light) to Buffalo. Medalla Beer will be available at your local stores early in 2021, so please stay tuned. WEPA !

Medalla Light is Born. In 1980, the company added a new option to its beer lineup, Medalla Light, the first ever light beer produced in Puerto Rico. In fact, its name was inspired by the Pan-American Games that where held in the island during that time.

Try-It Distributing is an American success story. It begins with a young man's enterprising idea and his willingness to work long hours to create his own opportunities. The late Stephen L. Vukelic started bottling soft drinks in his native Lackawanna, New York in 1928, at age 27, to meet the demand of thirsty Western New Yorkers during prohibition.